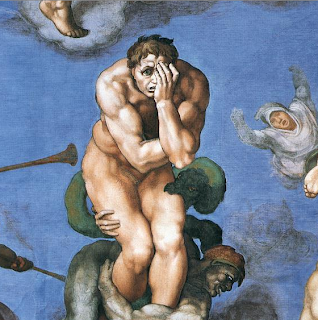 Dr. Russell Moore writes in his book Tempted and Tried,


In our time pornography has become the destroying angel of male Eros. I don’t mean to suggest that pornography is only a male temptation (it is not), but pornography, because of the way a man has been designed toward arousal is, when available, a universal male temptation. It has come to the point now that whenever I meet with a couple in which there is a man who is an emotional shell of himself—dead to intimacy with his wife—and a marriage is fraying apart, I ask how long the pornography has been going on. In every case it’s there.

There is a kind of helplessness that a man engaged in pornography exhibits. He often speaks of it in terms of a “struggle” or an “addiction.” Now both of those terms are accurate, I believe, but they distance a person from his sin in a soul-decaying manner. Pornography is not just an addiction; it is occultism. The man who sits upstairs viewing pornography while his wife chauffeurs the kids to soccer practice is not some unusual “pervert”; he is (like his forefather Adam) seeking the mystery of the universe apart from Christ. That’s the reason the one picture, stored in his memory, of that naked woman will never be enough for him. He will never be able to be satisfied because he will never be able to get an image naked enough.

I say pornography is occultism because I believe the draw toward it is more than biological (though that is strong). The satanic powers understand the “the sexually immoral person sins against his own body” (1 Cor. 6:18). They understand that the pornographic act severs a one-flesh marriage union at the very point of intimate connectedness and instead joins Christ, spiritually, to an electronic prostitute (1 Cor. 6:16). They also know that those who unrepentantly practice such things “will not inherit the kingdom of God” (1 Cor. 6:9-10).

Pornography is, in one sense, no different from any other form of sexual temptation. But in another sense it is even more insidious. Pornography brings with it a kind of pseudo-repentance. Immediately after it is “over,” the participant feels a kind of revulsion and self-loathing. Whereas an adulterer or a fornicator can at least rationalize a kind of transcendent “love” behind his sin, even a conscience thoroughly seared over rarely wants to write love songs or poetry in celebration of his pornographic self-satisfaction.

Typically—at least in those who have some sort of Christian or moral identity—the pornographic act is followed by a resolve never to do it again, to leave it behind and find some sort of accountability. But what masquerades as a repentant conscience is in most cases little more than a sated appetite. When the appetite is “hungry” once again, the demonic powers will collaborate with the biological impulses to find a way to make it seem irresistible again. As the cycle of temptation grinds on, the illusion of repentance keeps the sin in hiding, so that actual repentance never happens until, as with Esau, the conscience is so seared that repentance is then impossible (Heb. 6:4-6, 12:16-17).

And this is, of course, exactly where the powers want any child of Adam—and especially any professing brother or sister of the Lord Jesus.

Link will take you to the Itunes store